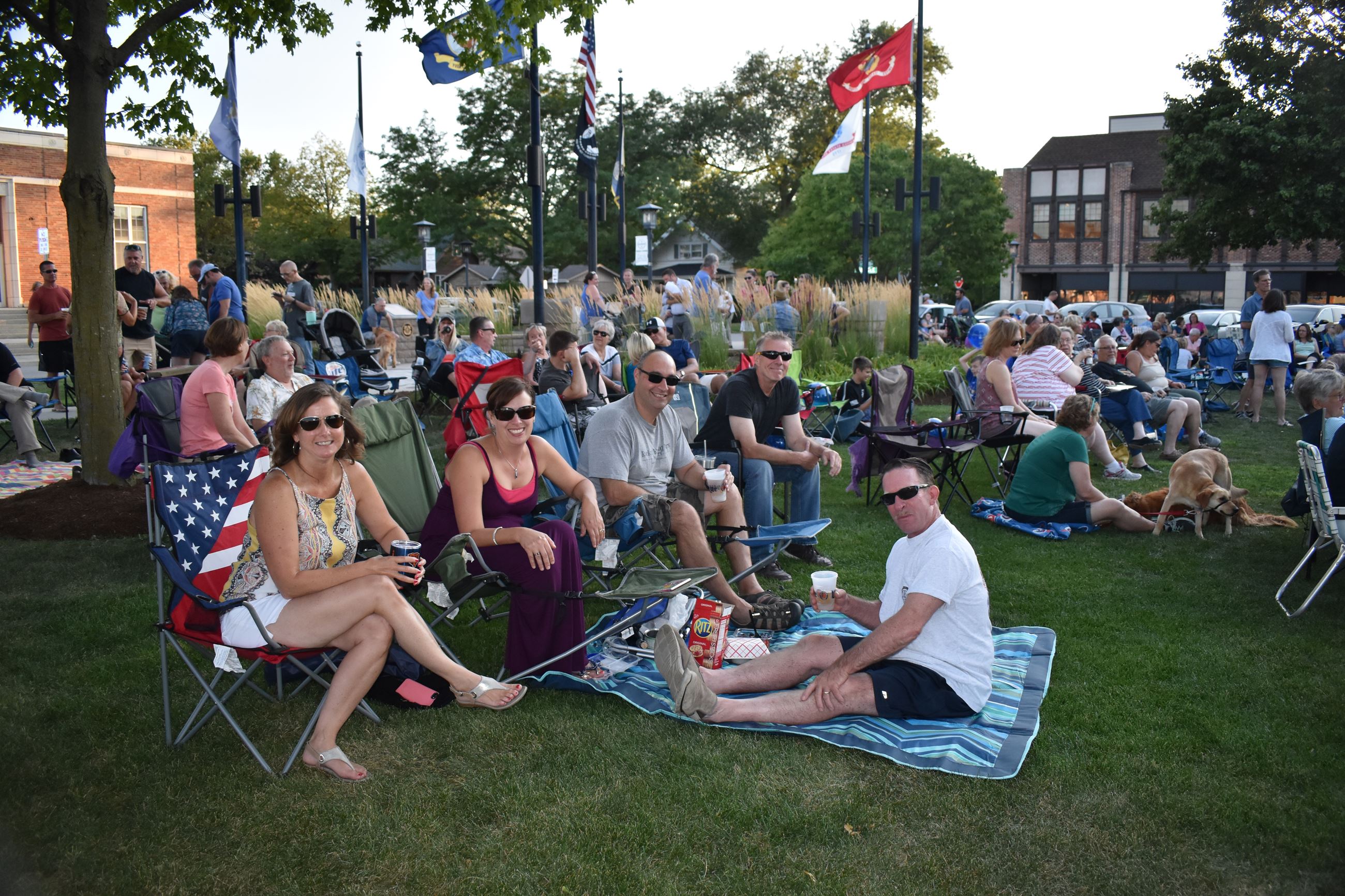 Bring your blanket, lawn chairs and appetite to our August Summer Concert Series. Concerts are held at Cortesi Veterans Memorial Park, 318 E. Kenilworth, Villa Park. Great family entertainment and good eats will make for a fun night. Visit the Children’s Craft Corner presented by the Friends of the Library. Concessions available for purchase starting at 6 pm. Concerts begin at 6:30 pm.

PETTY CASH: AUGUST 6
Entertaining crowds of all sizes in Chicago for over 10 years, Petty Cash is a high-octane stage show appropriate for old rockers, baby rockers and everything in between. As Chicagoland’s ultimate Tom Petty / Johnny Cash cover band this group is sure to get you up and dancing in the aisles with classic tunes you’ve enjoyed for years. Who doesn’t like the music of Tom Petty or Johnny Cash, right? Petty Cash is the product of five musicians with combined years of musical experience of roughly...1,000! Don’t miss their stop in Villa Park!

ROSIE & THE RIVETS: AUGUST 13
Rosie & The Rivets perform the best danceable music of the 1950’s and early 1960’s along with some current hits with a retro twist. Not your typical ‘oldies playing oldies’ band, they perform a high energy show that’s fun for all ages. You’ll hear early rock, rockabilly, girl group, surf and soul authentically and expertly performed by professional entertainers. Sticklers for detail, much research went into their stage production; period correct clothes along with vintage guitars, drums, and even microphones assure you’ll be in for a truly Retro-Cool experience both visually and musically. While shows are pure Rock & Roll, they pride themselves on keeping them family and client friendly.

CLASSICAL BLAST: AUGUST 20
Classical Blast’s Bach to Rock show takes you on a thrill ride through time. Famed music by Bach, Beethoven or Mozart is rocked out and melded with classical rock songs, with powerful vocals and famous guitar solos performed on violin or cello. Make no mistake, this band ROCKS! The past, present and future together in perfect harmony.

HOWARD AND THE WHITE BOYS: AUGUST 27
Chicago, a city steeped in blues history, is where Howard and the White Boys have honed their chops since their inception in 1988. They have established a reputation as one of the city’s favorite attractions and make regular appearances at Buddy Guy’s Legends. Howard and the White Boys have been on several major tours with Buddy Guy, and have even performed with some of the biggest names in blues: Koko Taylor, Otis Rush, Albert King, Junior Wells, Lonnie Brooks, Luther Allison, Bo Diddley and Chuck Berry.

It has been decided that the Kiwanis Summer Concerts are cancelled this season. We look forward to partnering with Kiwanis to offer the popular concerts next summer.